Katherine McNamara accepts a role on Urban Legends reboot. This is causing fans of the possible Green Arrow spin off show to worry about it's future.

One Warner Brother DC Comics based show has hidden in the dark for a while now but that is about to change. Netflix, the streaming platform that also airs Warner Brother's Lucifer, has ordered a live action show of The Sandman. We've know about the order for a while now but there hasn't been any casting news yet. Series creator and showrunner Neil Gaiman just tweeted that as long as the pandemic guidelines are followed the show is set to begin filming in three weeks! If filming is going to begin so soon, then casting annoucements can't be far behind. In the comics, Lucifer does play a part in the Sandman story but it still isn't clear if Tom Ellis' Lucifer will cross over? They are on the same streaming platform so we have our hopes. 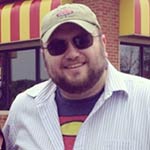 #1 RE: Neil Gaiman Confirms Sandman Filming Begins Soon — CatPat 2020-09-29 21:57
Sppearances by Tom and Matt as Lucifer and Constantine would be cool.
Refresh comments list
RSS feed for comments to this post