Starfire will be getting a new suit for season 3 of Titans, and it looks incredible! For the past few days, HBO Max has been teasing, piece by piece, a new suit for Anna Diop's character, and today, it was fully revealed. Much like Red Hood's own reveal last month, they not only showed the costume design artwork, but also show the actor donning the costume. Titans, who has also made the jump to HBO Max at the beginning of November, is currently filming their third season, and while no official release date has been revealed, we are eagerly awaiting to see what the new season will bring. Meanwhile, check out the newly released images: 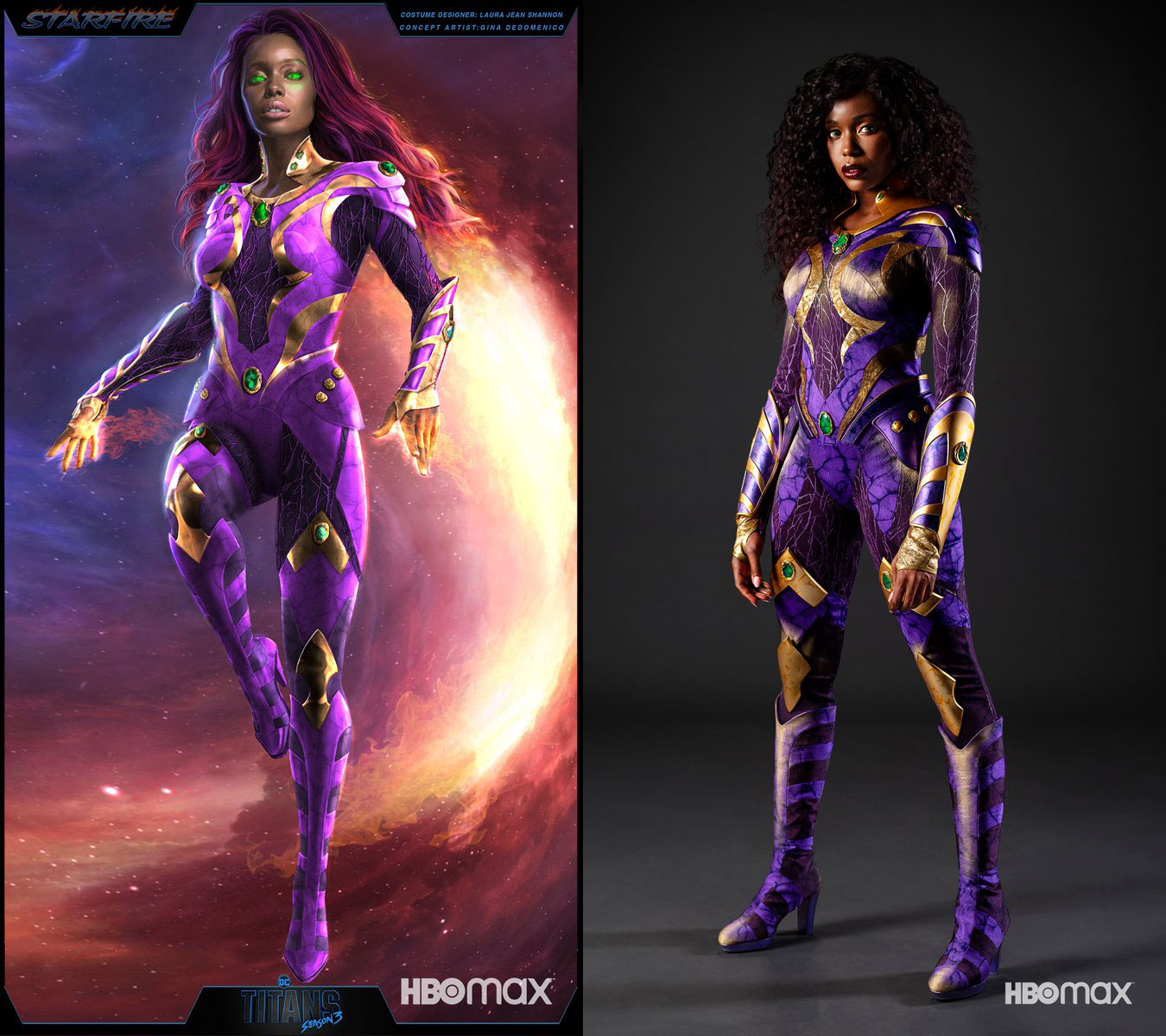 What do you think of the new costume? Let us know your thoughts below and in our forum! Don't forget to follow us on Twitter for breaking news!